Transitioning a Cat to Dehydrated Raw

Learn the importance of moisture in cat food, and how to successfully transition finicky felines!

Why should pet food have moisture?

Kidney diseases and urinary tract issues in cats are rampant in this country. Cats, being desert animals by nature, are designed to get water from their food. A cat's normal prey is at least 70% water. Dry food only contains 5-10% moisture, while canned and dehydrated foods (as well as fresh and frozen raw) have over 70% moisture on an as-fed basis.

The Importance of Moisture in Pet Food
Domestic cats may not be inclined to drink as much water from a bowl as they would from a moving water source, even more so than dogs. This lack of moisture in the diet of our pets can lead to dehydration and kidney issues. Feeding a high moisture food puts that much needed water back into their diet - and ultimately into the digestive tract.

The old adage 'you are what you eat' should be taken one step further to 'you are what you absorb.' This applies to our own diets, but also to that of our paw-ed friends. For adequate absorption and assimilation of ingredients, at least a portion of a pet's meal should consist of two things:

Contain at least 70% moisture (as-fed)
Fresh ingredients (foods that have not been heavily cooked, not exceeding 165 degrees, or extruded
In addition, when feeding a dehydrated pet food (hydrated once fed), this meal contains more fresh ingredients, and the potency and integrity of these ingredients are maintained closer to as nature intended.

Cats seem more aversive to change than dogs, so we recommend hydrating very small amounts (pea-size) of Honest Kitchen food initially, and adding this to their current food. Then, gradually increase THK food each day over a period of weeks (if needed). Cats have their preferences, and because they are such tactile creatures, one should play around with the water content - adding more if they enjoy soupy meals or using less water if the preference is a tacky consistency.

Enticements
Including some savory foods like cottage cheese, yogurt, raw or cooked egg can help during the transition.

Sometimes a bit of befuddlement is necessary. We've heard much success with this one!
Hydrate the Grace or Prowl food and then dip the cats paw into it. Naturally, since cats want to be clean, will lick their paw - and in the process they become more accustomed to the taste and tastiness of
The Honest Kitchen food!

If the cat is used to grazing at will with a bowl of dry food, start by feeding only two times per day, leaving the food out for only an hour each time. Next, add a small amount of rehydrated Honest Kitchen (or canned food initially*).

My cats are now thriving on Prowl, their hair is softer, less shedding, and what a difference it has made litter box clean up. I would not feed anything else, unless I made it myself..." -Tracey, Furr Kidds

My cat is finicky...he LOVES the Grace so much that he demands it often...he is also getting extra fluid...and there is no waste of the leftover canned food that he grows tired of before finishing. -Pam and 13 year old Pia


Sensitive tummy
I first looked into The Honest Kitchen's products because Bella had started throwing up after eating her usual dry foods. I took her to the vet and they said that nothing was wrong with her, but she kept getting sick to her stomach. I did some research on my own and found out a lot of unfortunate information on most dry foods. Needless to say, we switched to Prowl and won't be looking back! Bella has not gotten sick at all, after eating Prowl. She loves it & always cleans the entire bowl! -Nichole
Posted by Hero' s Pets at 10:50 AM 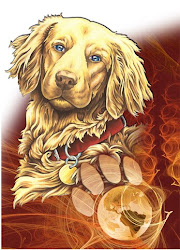